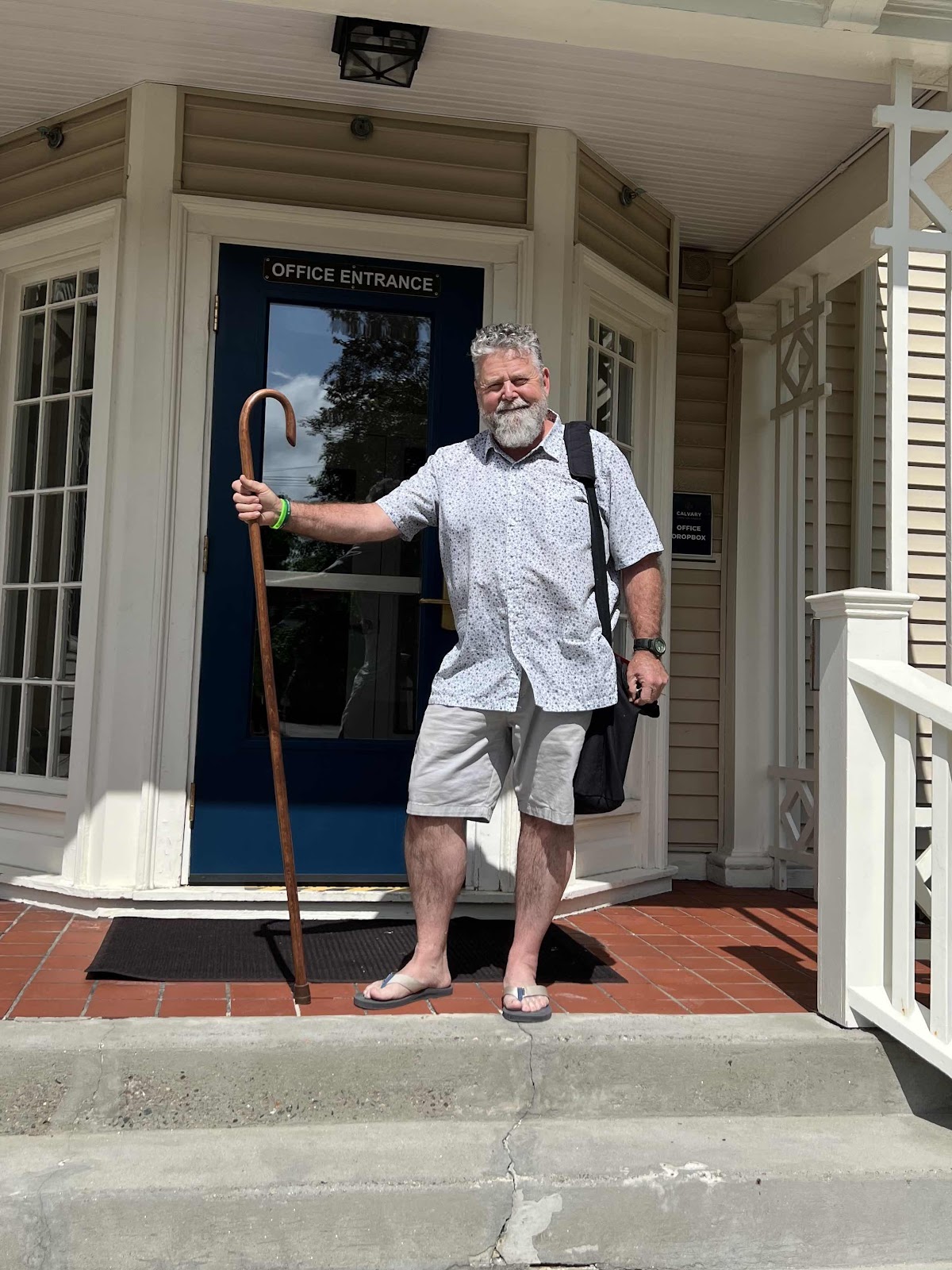 I received this Shepherd staff on December 1, 2019 when I was installed as a pastor at Calvary Christain Church after my first Jeep mission trip. The staff leaned quietly in the corner of my office. The Shepherd staff never left my office until my last day on staff last Friday. For two years Pastor Tim and my fellow Pastors taught me how to be a Shepherd and what a Shepherd staff is for.   A Shepherd staff is used to find fallen sheep in the undergrowth of life, protect sheep from attacks of the enemy, and to guide the flock to green pastures and clean water. A Shepherd staff is also used for balance for the Shepherd. Balance on rough and rocky terrain. I don’t have the room to take my Shepherd staff in my Jeep on my next mission trip, but knowing I was given it to pastor a flock I love so much, will keep me balanced on the rough and rocky roads.    No matter where that flock is or where that road is going.  If it wasn’t for the support of Calvary Christain Church for the last four yea
Post a Comment
Read more

Going is easy…Leaving is hard. 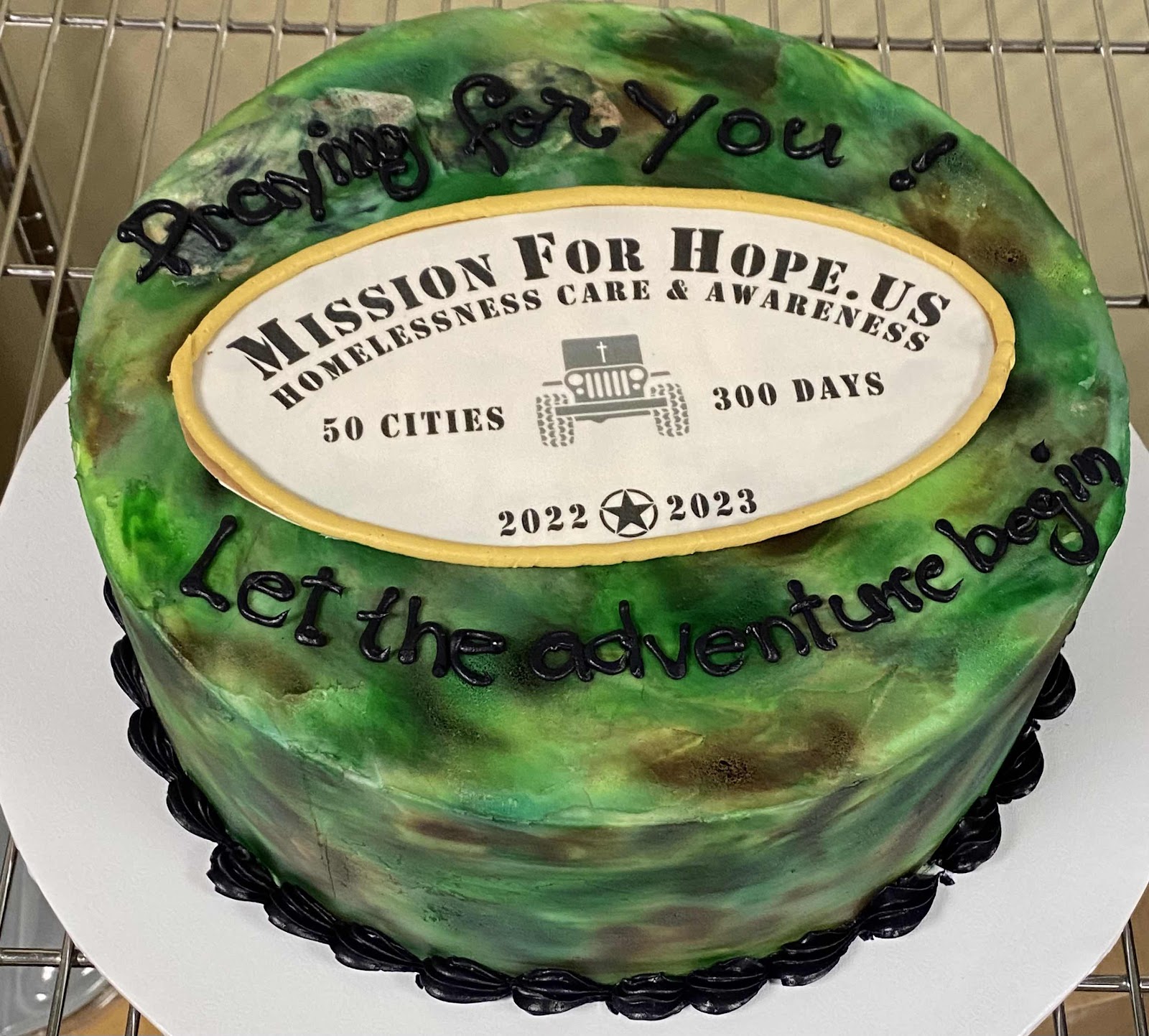 The staff at Calvary Christain Church gave me a nice little send off today. Amazing card, amazing cake and amazing people. Truly love these people and everything they’ve done for me over the last couple of years while I’ve been on staff. They are all family to me.
Post a Comment
Read more 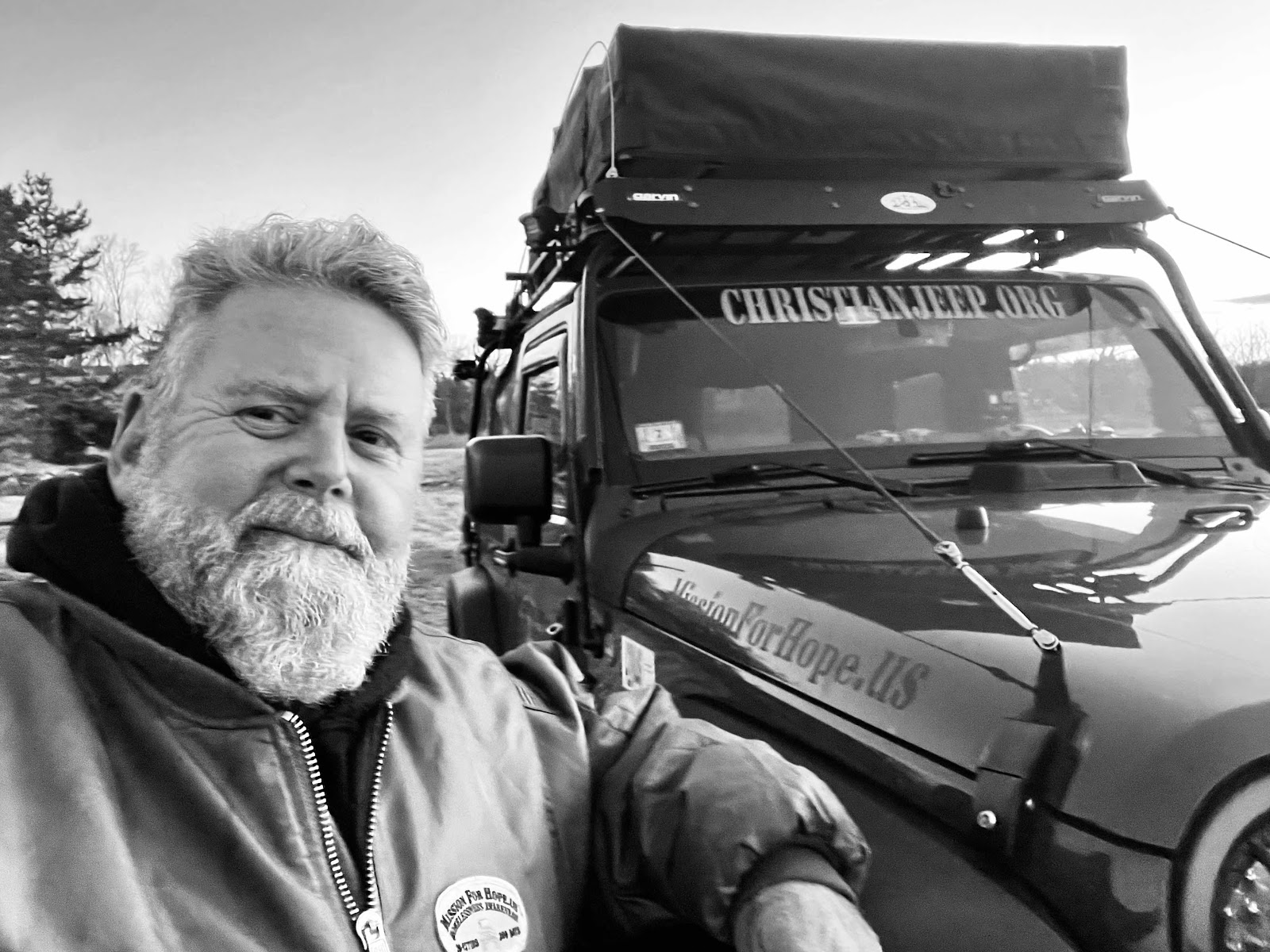 My journey started without this Jeep four decades ago.  In 1980, on my way to photograph a Celtics game at the Garden in Boston, I saw some homeless people. I was 16, a junior in high school and grew up in the country.  I didn't know anything about the homeless but my heart went out for them. I created a body of work that day of homeless people which I have used for many of my photography shows over the last 40 years. Below is one of the images I took that day.  Thirty-five years ago I named this image after a Bob Seger song called "Even Now". This image has been hanging in most of the places I have lived for the last three decades to remind me how blessed I'm and how others are in need. In the mid 80's I was working at the Ninety Nine Restaurant in Billerica, Massachusetts, The owner of the Ninety Nine, Charlie Doe, was very passionate about helping the homeless. He encouraged his employees to volunteer to serve meals at a homeless shelter in Boston called the Pi
Post a Comment
Read more

Move-in date of May 1st 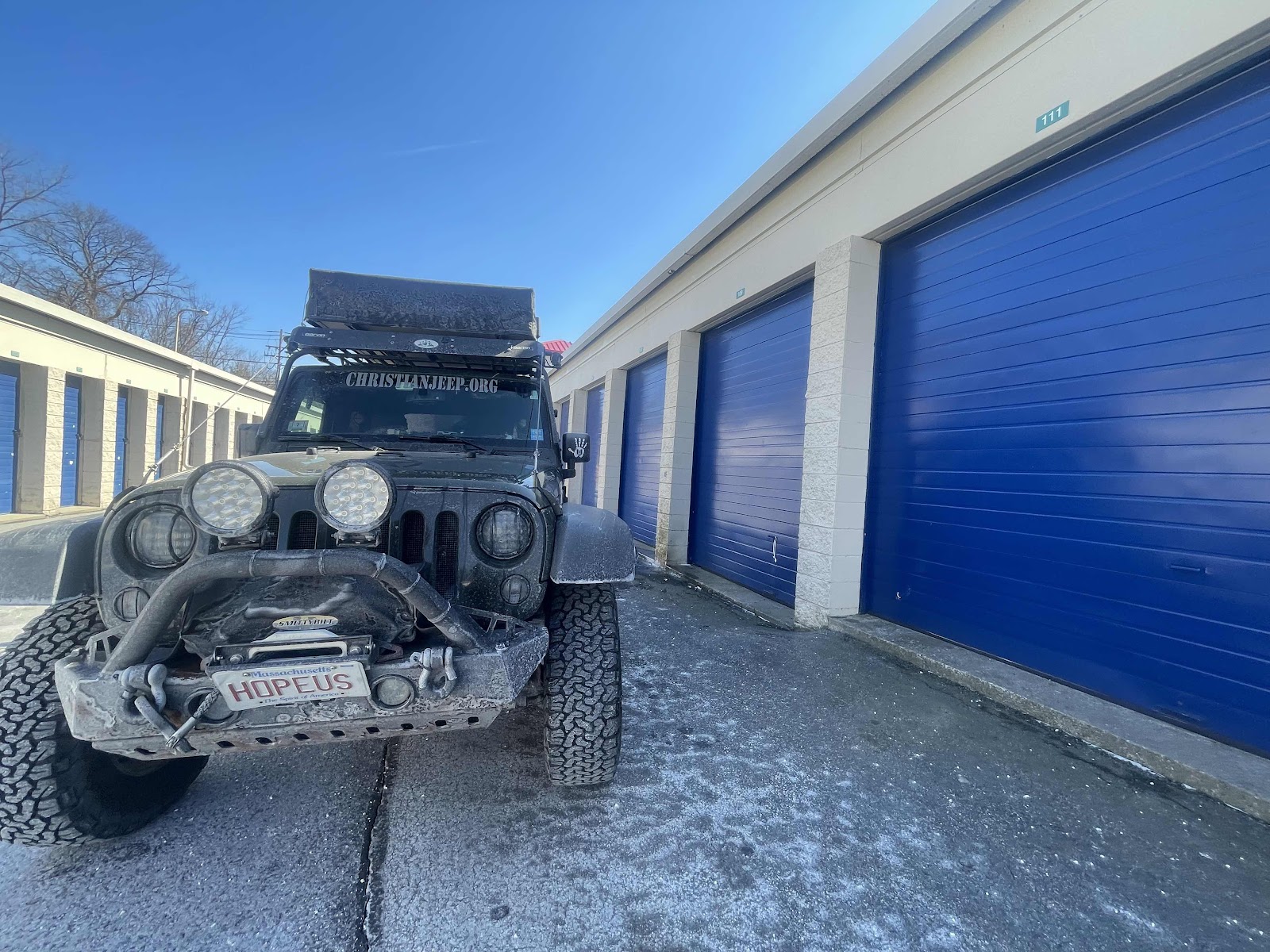 If everything goes well with the fundraising for purchasing the hygiene kits, we will be putting them in the storage unit May 1st. Also in the storage unit will be 1,000 Bibles, 1,000 pair of socks and some personal items because I’m giving up my apartment again. If you like to help out there are several ways to donate on this page:  https://www.missionforhope.us/support  Thank you!
Post a Comment
Read more

On The Road Again! 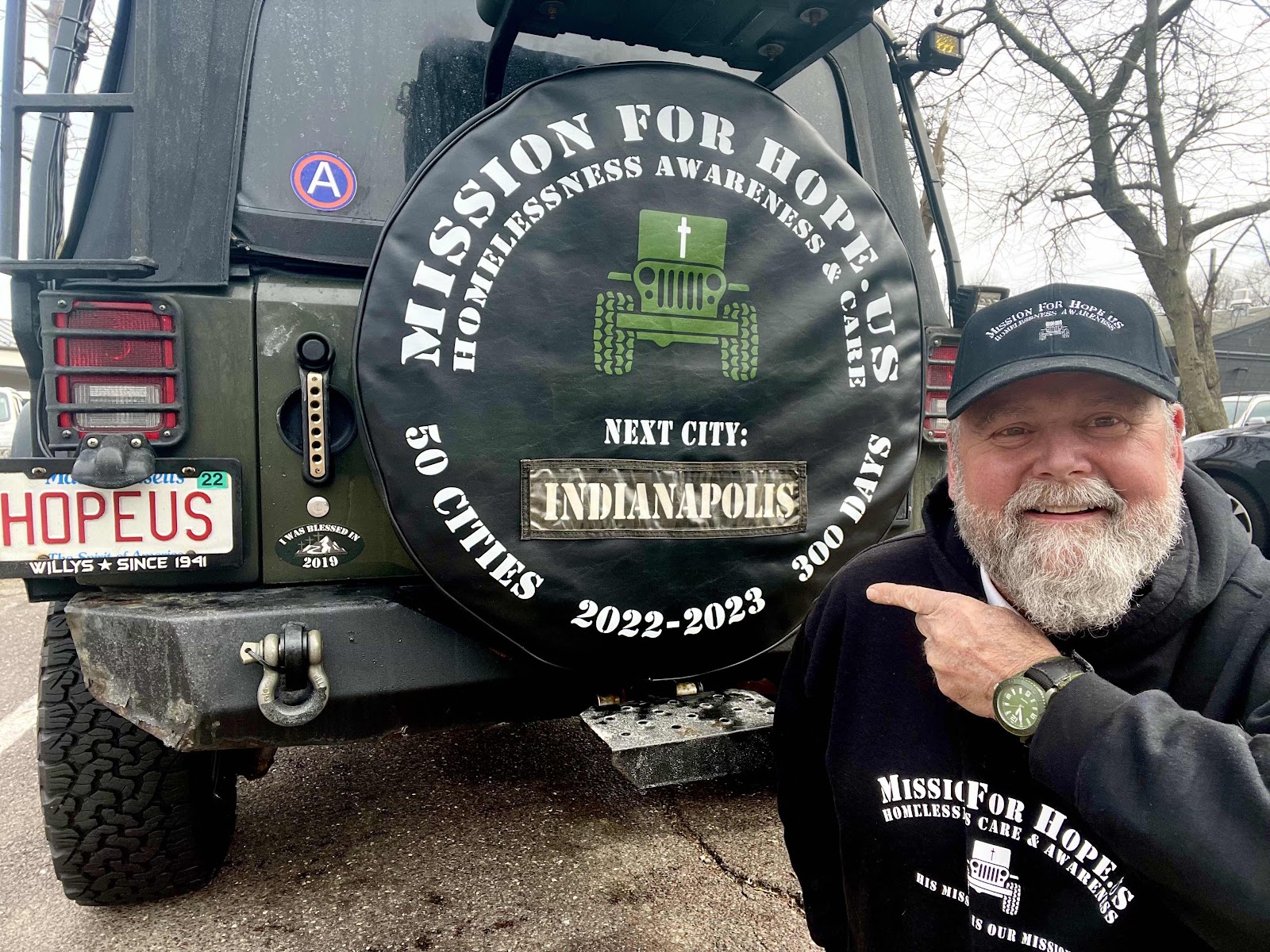 I’m hitting the road again! Who's joining me on this journey?  Outreach in 50 cities in 300 days starting from Lynnfield, MA on June 5th of this year. First stop Indianapolis! www.missionforhope.us
Post a Comment
Read more